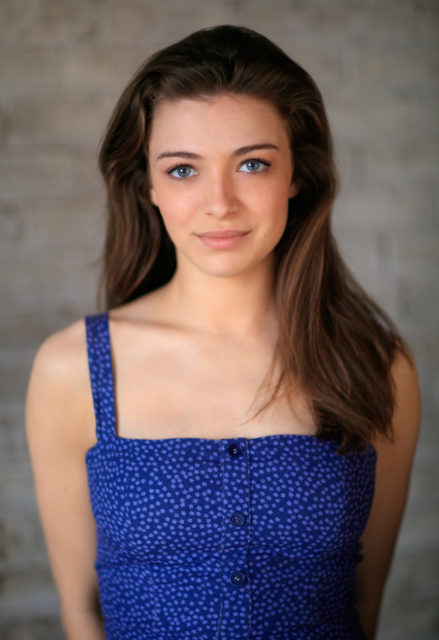 She performed to an audience of 18 million in NBC’s “Sound of Music Live!” with Carrie Underwood, starred in the music video for Justin Timberlake’s “Mirrors,” sported a closet full of flannel shirts in “Chicago Fire,” sang in the Macy’s Thanksgiving Day Parade, played Eve (of Adam and…) in Darren Aronofsky’s “Noah,” and has also appeared in “Quantico,” “Blue Bloods” and “What Would You Do?”

If ever there was a star on the rise, it’s Ariane Rinehart, which is why—in addition to her ongoing support of HeartShare St. Vincent’s Services—Ariane will receive the Rising Star Award at the 2019 HSVS Annual Benefit: 150 Years of Family, on November 21.

Read on to find out what it was like to work with country and pop music megastars, how Ariane manages to keep her sense of humor on social media and why she’s so passionate about HSVS. And click the buttons below to find out how you can add your support to Ariane’s by reserving your seat, sponsoring a table, purchasing a journal ad or donating today.

When did you know you wanted to be an actor?
I started in performing with ballet when I was 5 and asked for voice lessons and did my first musical a couple years after that, but even though I grew up performing, I don’t think I started definitively telling people “I want to be an actor” until my sophomore year of college. It is an unpredictable career choice that leaves you without a lot of control, so I think I kept waiting to find something I liked just as much that was more “practical,” but I came to terms with the fact that that wasn’t going to happen! 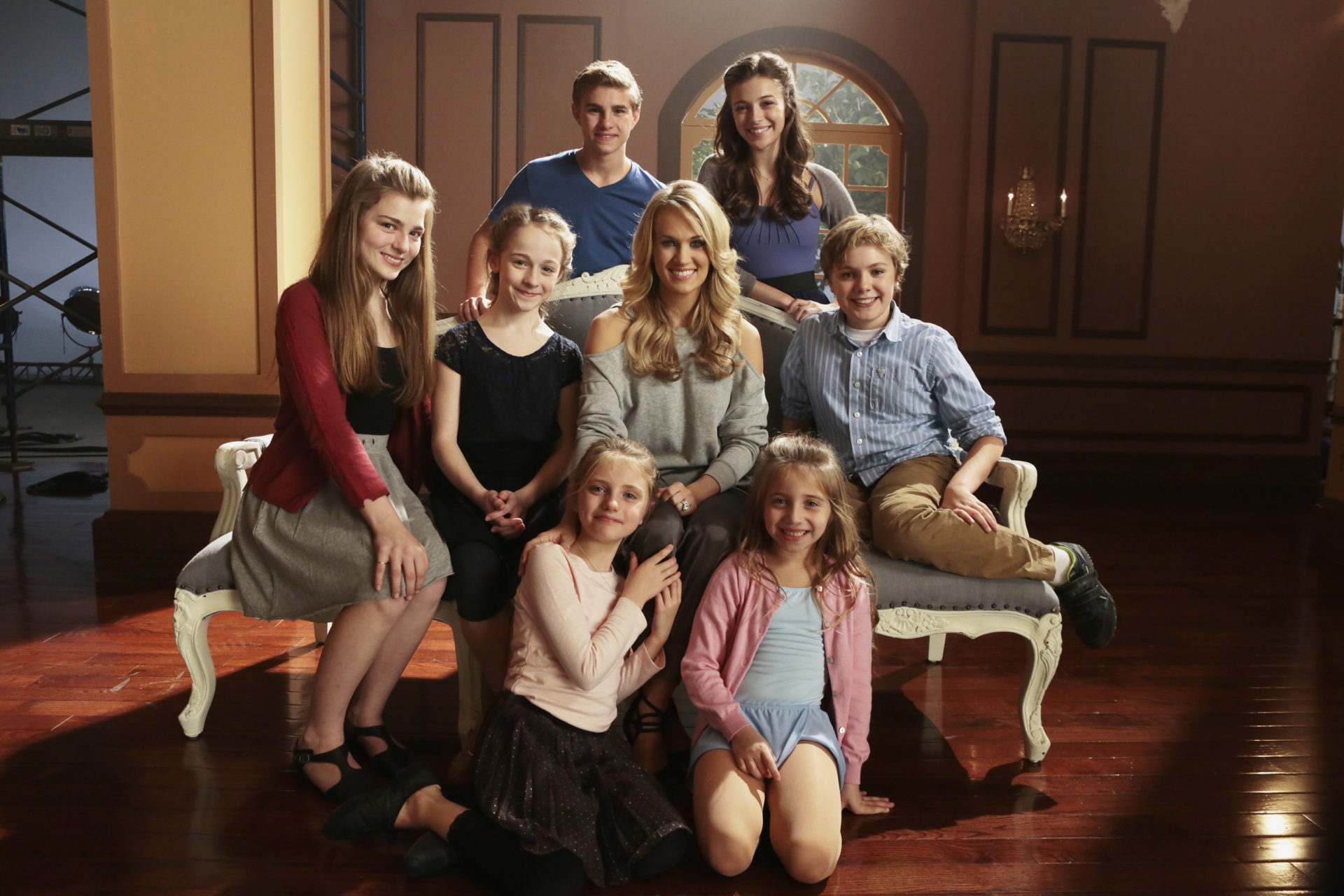 How did you land the role of Liesl in NBC’s “The Sound of Music Live!”?
It was a long audition process. The first audition was just before the fall semester of my junior year at Barnard, but the callbacks continued for about a month. I was running between classes in Morningside Heights and auditions and work sessions in midtown every week. I think I was at the final callback for something like six or seven hours, and as soon as I got back to my dorm I got the call from my agents. It was a stressful time, and if I didn’t get it, I didn’t know how I was going to just go back to classes, but I found out I booked it five days before the add/drop period at Barnard, perfect timing as I had to take the semester off to be a part of the production.

Carrie Underwood played Maria. What was she like to work with?
She was the best. Truly as kind and wonderful as she comes off in the public eye. She has an incredible voice that just does not quit, and is one of the sweetest and hardest working people I’ve worked with. She is an absolute powerhouse.

In the spirit of “The Sound of Music,” what are a few of your favorite things?
I definitely share some love for “whiskers on kittens,” but my list would also include coffee, all things Japanese, cross stitching, fall in NYC and binge-watching TV shows. I feel like this is a dating profile! 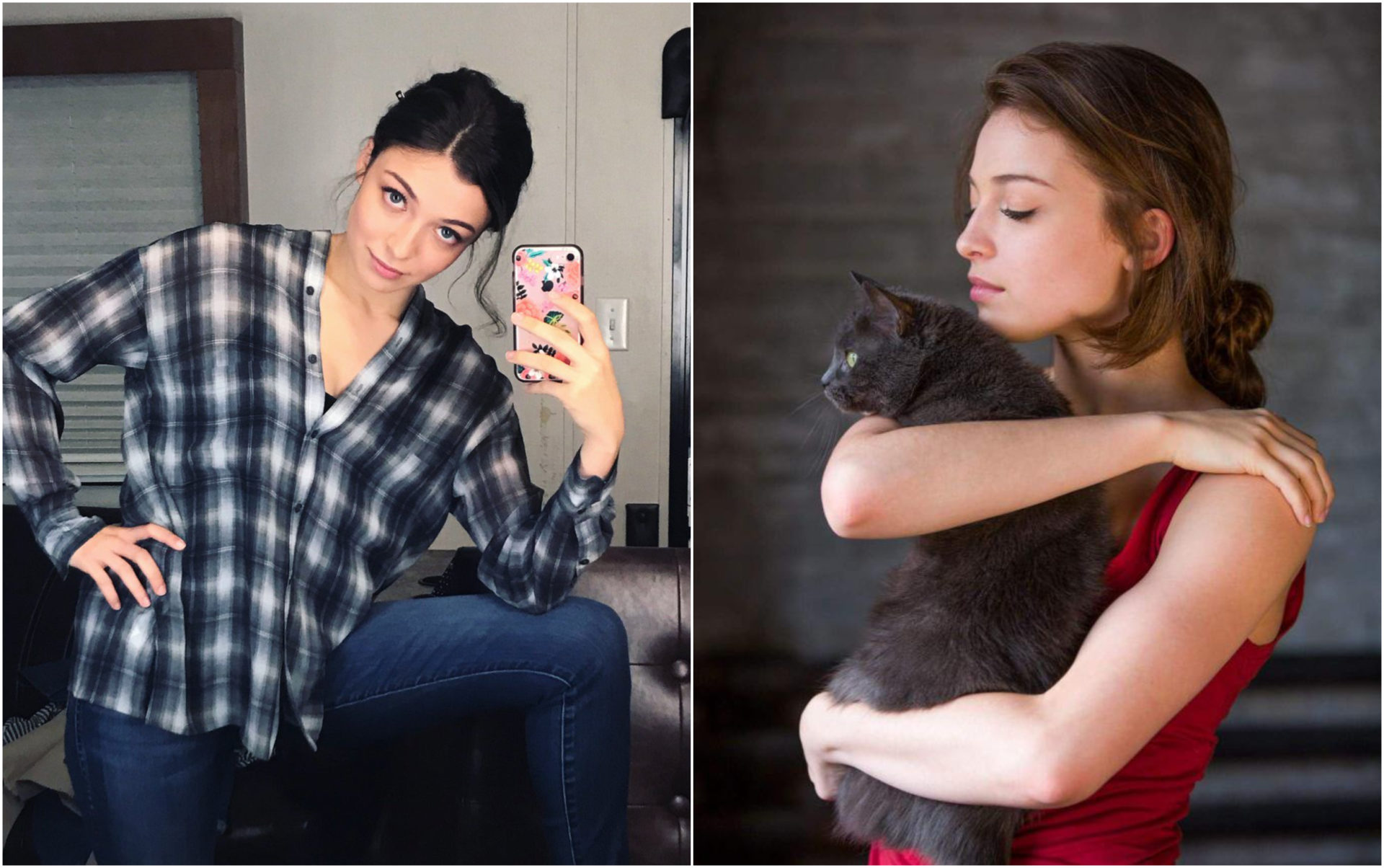 Did you meet Justin Timberlake when you were filming the music video for “Mirrors”?
I did not! The whole video was shot over just a couple of days. The part I was in, the story part, was filmed in this massive mansion off Fifth Avenue. Justin’s mirror part was filmed in a soundstage in Brooklyn. I briefly sat next to him on a couch as I was waiting for a car back home from the soundstage after a costume fitting, but I hadn’t filmed yet and I felt too nervous to say anything! But I did get to see Jessica Biel come in and bring him a green juice, so I’ll treasure that always.

Will we see any more of Lily on “Chicago Fire”?
Unfortunately not! My “Chicago Fire” boyfriend, Otis (spoilers!) was just killed in a fire at the start of the most recent season, so my “Chicago Fire” time has come to an end. Best cast and crew to work with. I loved being a little part of that show.

Reading through your Twitter and Instagram feeds, you definitely have a sense of humor about the entertainment industry: from “stoic, aggressive eye-contact” headshots, to your never-ending flannel “Chicago Fire” wardrobe and “selfie retaliation.” Is that how you manage to keep the fame game in perspective?
I mean, everything about it is just so weird, especially the social media and promotional side of things (like this! Answering a bunch of questions about myself!). And I think to pretend like it’s not weird is just impossible. Everyone is performing on their social media, but it’s especially apparent for actors who are using it to promote things they’re in or who know that productions and casting folk are looking at your social media and that is going into consideration for whether or not they want to book you. And then you can get into a terrible spiral of comparing yourself to other performers who are posting about how great they’re doing and feeling down about that, and then overcompensating by posting how great you’re doing. So, yes, I think I’m constantly battling that cringe factor of posting a photo of my face, that I know will get a ton of likes, but then also liking that it’s getting a lot of likes, and then feeling ashamed that I like that, but then just doing it anyway because of a combination of social media addiction, vanity and career-related usage. All of that is to say, I had to a put a timer on Instagram usage.

What’s your dream role?
For a while when people asked this, I would say something like, “Oh I don’t know, I’ll know it when I see it.” And then I saw it. “The Marvelous Mrs. Maisel” is the dream role. A period piece that is funny and tender at times and has beautiful costumes? Yes, please.

Would we be surprised by your playlists?
My playlists are a mess and I will show them to no one. They’re a weird combination of songs I was looking at for auditions and obsessive phases (had a short but intense K-pop listening phase) and then playlists called things like “thoughtful” that I use if I have to be sad or serious for a part. People have strong opinions about music choices and I do not want to be judged on mine.

You’ve organized several fundraisers for HSVS. How did you get involved with HSVS and why are you so passionate about it?
I only got involved with HSVS this year. Before that, I didn’t know much about foster care or the other types of services HSVS offers (I don’t think a lot of people do, unless they’re directly involved with it or have themselves been a part of these programs and services). Meeting several employees and clients of HSVS inspired me to want to get involved. It also put into perspective how fortunate I have been, with my family and my education, but also with my access to arts and the freedom to pursue it. So, I’m looking forward to figuring out more ways to use my arts resources to not only fundraise and bring awareness to others about HSVS, but also to bring some of these amazing musical and theatrical experiences to HSVS’s clients. A couple of the performers at the most recent cabaret I organized were part of HSVS’s after-school programs, and they were so incredibly talented and excited to perform. Even for people not pursuing arts as a career, I believe having those resources and opportunities to explore music and theatricality are so important (and fun!), and I’m excited to bring more of that to HSVS in the future.

Meet Ariane in person at the HSVS Benefit!

Reserve your seat, become a sponsor, purchase a journal ad or donate today!