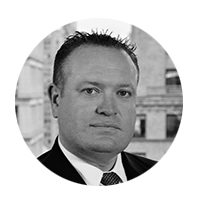 Thomas McManus joined Sullivan Papain in 2009 and is a highly effective and skillful trial lawyer. He has won six, seven-and eight-figure verdicts and settlements on behalf of his clients, particularly in cases involving negligence on the part of government agencies. Mr. McManus also works closely with fellow Sullivan Papain member Michael Block, general counsel to the Uniformed Firefighters Association, to protect the interests of New York City’s firefighters on a daily basis. His work includes defending the UFA members’ rights on the job and representing firefighters injured in the line of duty. Mr. McManus is a forceful advocate on behalf of New York’s Bravest and is upholding a long tradition at Sullivan Papain of serving firefighters and their families. In addition to his services to HSVS, Thomas works with Building Homes for Heroes and Uniformed Firefighters Association Scholarship Fund.