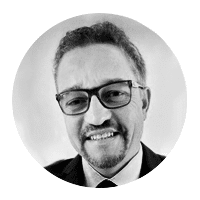 Santos Souffrontis an Associate Director at S&P Global Ratings. Santos is one of the lead analysts performing credit ratings on tender option bonds programs. He also performs ratings on primary market debt instruments in the municipal structured finance and housing sectors. He has also served as an analyst in S&P’s State and Local Government group and has worked on various state and local issues. Santos has a long-standing commitment to mentoring the youth of NewYorkCityand is a big Brother in Big Brothers Big Sisters of NYC. He has also volunteered as a summer youth supervisor for S&P’s summer youth job program. Prior to joining S&Pin 2001, Santos worked for eight years at the New York City Housing Authority (NYCHA) where he served as a financial analyst in both the Asset Management and Economic Development Departments. Santos is a member of the Municipal Analysts Group of New York. He holds a J.D. from Rutger’s University School of Law and a B.A. in Government and Politics from St. John’s University.