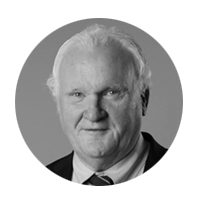 Cody McCone joined O’Dwyer & Bernstien in 1987. He is the President of the Brooklyn Manhattan Trial Lawyers Association and serves on the Second Department Judicial Screening Panel. Mr. McCone’s humanitarian approach to the law is evident in his affiliations. He has been an active supporter and defender of Irish human rights causes in the United States. A former candidate for the City Council of New York, he is a Past President of the Brehon Law Society, an Irish-American Bar Association of attorneys whose objective is to achieve peace and unity in Northern Ireland through the legal process. Mr. McCone was the Brooklyn Irishman of the year, and Brooklyn Shamrock Football Club, Guest of Honor. Cody earned his JD from John Marshall Law School and BA in Rhetoric from Loyola University. He resides in Bay Ridge, Brooklyn with his wife Rhea and their daughters, Ciara and Kaelegh.