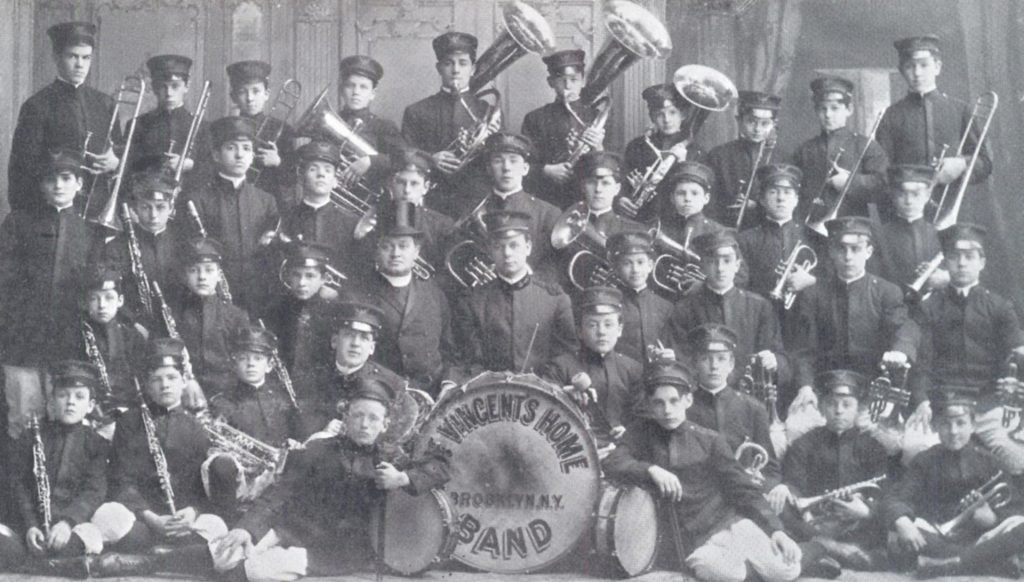 St. Vincent’s Services (SVS) was founded in 1869 as a home for young working boys. At that time, many children in New York City either had no family or had families too poor to care for them. By the early 1900s, in response to a growing population, St. Vincent’s Services began building a six-story home in Brooklyn where Dominican Sisters provided education and life skills training. By 1921, 250 boys lived in the home.

In the 1940s, the boys of SVS started attending local schools, which better prepared them to become part of society and by the 1950s, SVS increased its professional staff and expanded its programs to include athletic teams and recreational activities.

Following the Willowbrook Consent Decree, St. Vincent’s opened the first of three apartments for children with developmental disabilities. In the 1980s, SVS began focusing on foster care for boys and girls. By 1986, the agency was providing services for over 1,000 boys and girls in foster and group home care along with their families. An aftercare program offered continued support for older adolescents to help them transition to adulthood.

In response to the AIDS epidemic, SVS established the Positive Caring Services, which expanded over the years to support infants and youth living with HIV/AIDS and other medically fragile conditions, including spina bifida, cerebral palsy and autism.

In 1997, St. Vincent’s launched the American Dream Program (ADP), which has helped over 100 foster youth graduate from college and vocational schools since its inception. In 1999, SVS opened its first licensed Outpatient Substance Abuse Program. In 2007, SVS launched its Supportive Housing Initiative, which in addition to a place to live, offers treatment and support to encourage independence.

HeartShare St. Vincent’s continues to innovate its youth development programs to offer support and stability for older youth and those aging out of care. In 2015, with the generous support of the Redlich Horwitz Foundation, HSVS established its Permanency Pact Program, which connects older youth in care to supportive adults helping them navigate the challenges of young adulthood. In 2016, its American Dream Program, helping youth in foster care achieve their college and career dreams, had a record 50 enrolled scholars.

HSVS, which achieved its inaugural accreditation from the independent, international Council on Accreditation, looks forward to carrying on a nearly 150 year legacy of serving New York children, but also thriving as a leader in the field.